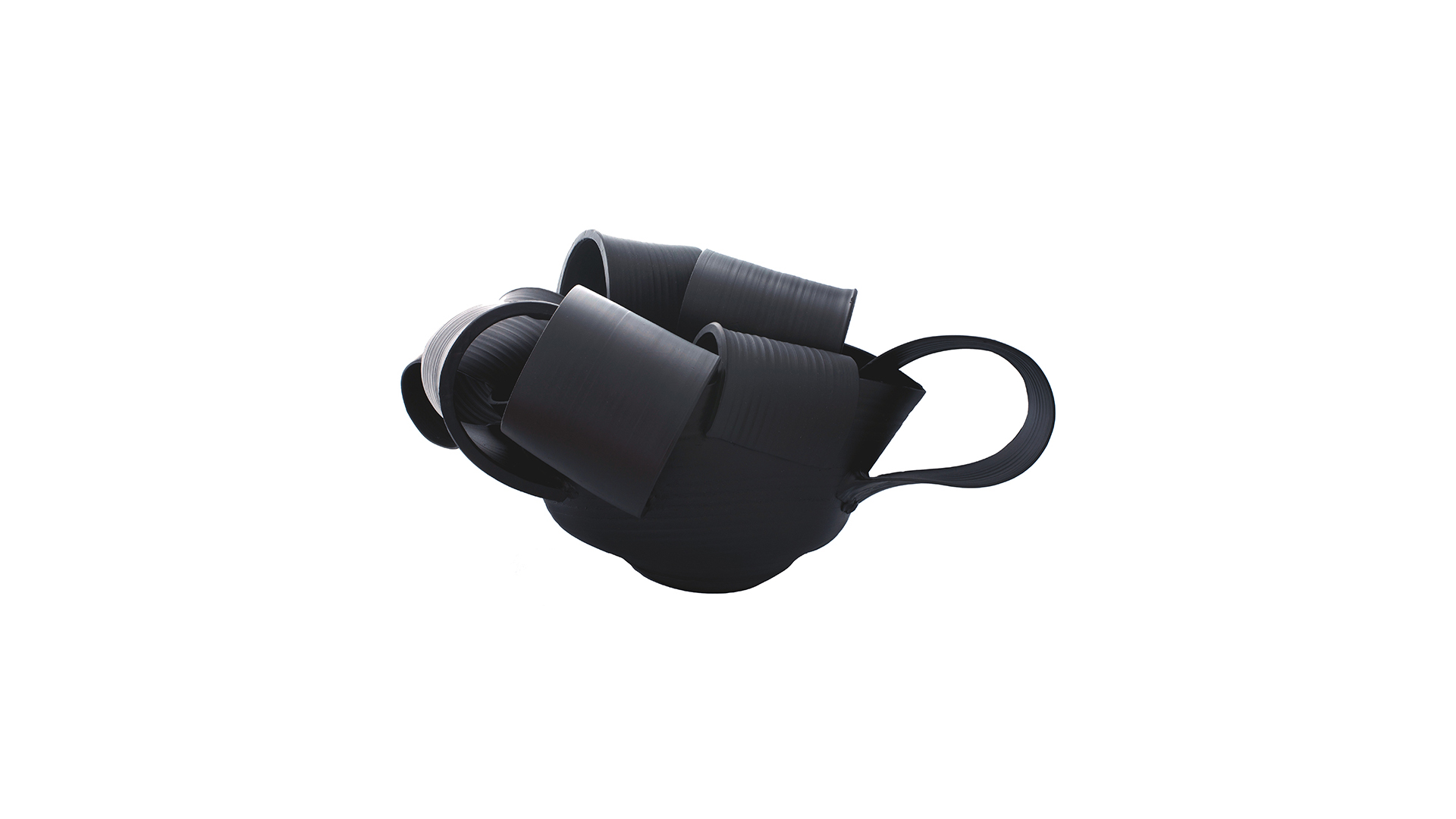 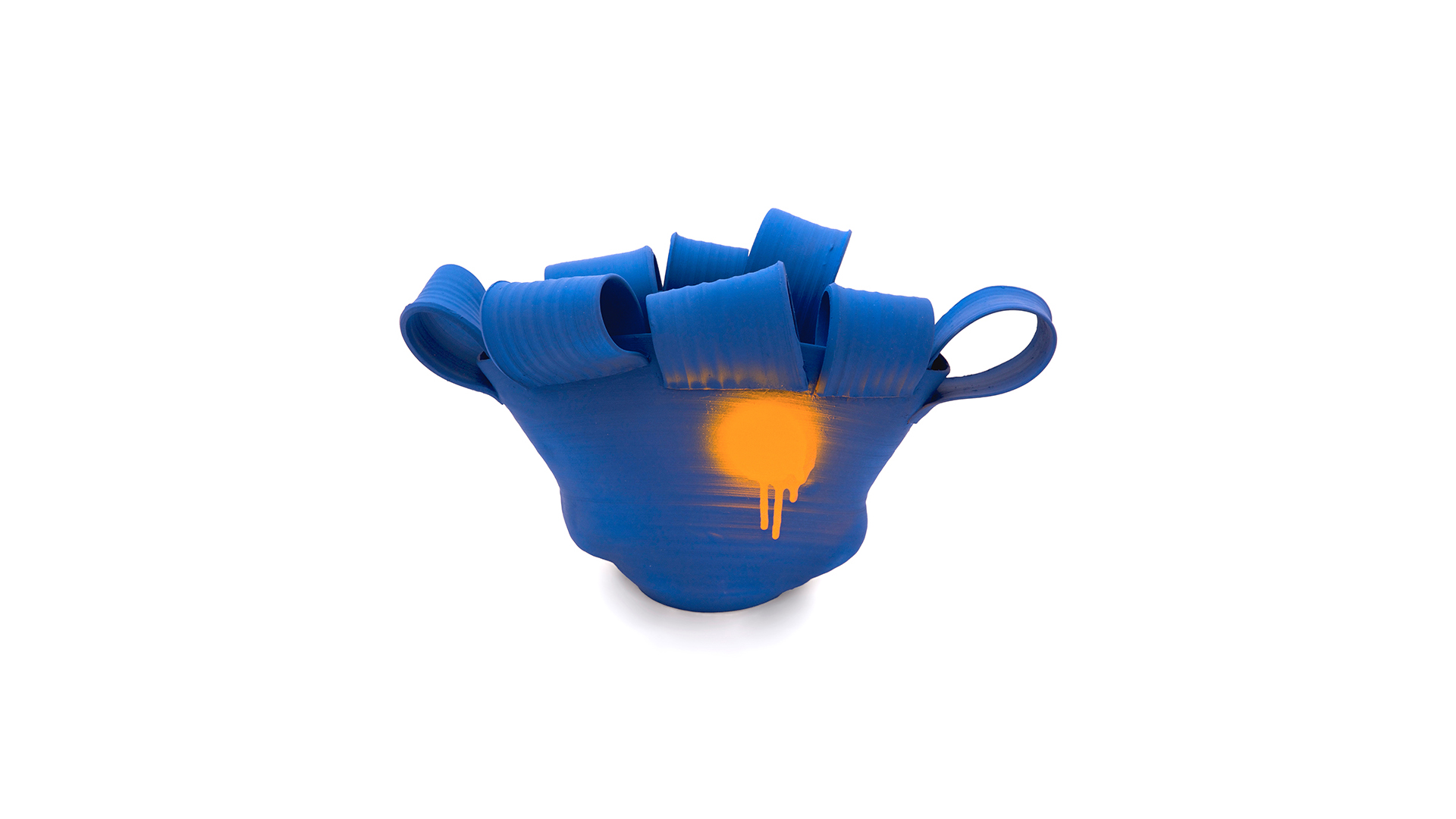 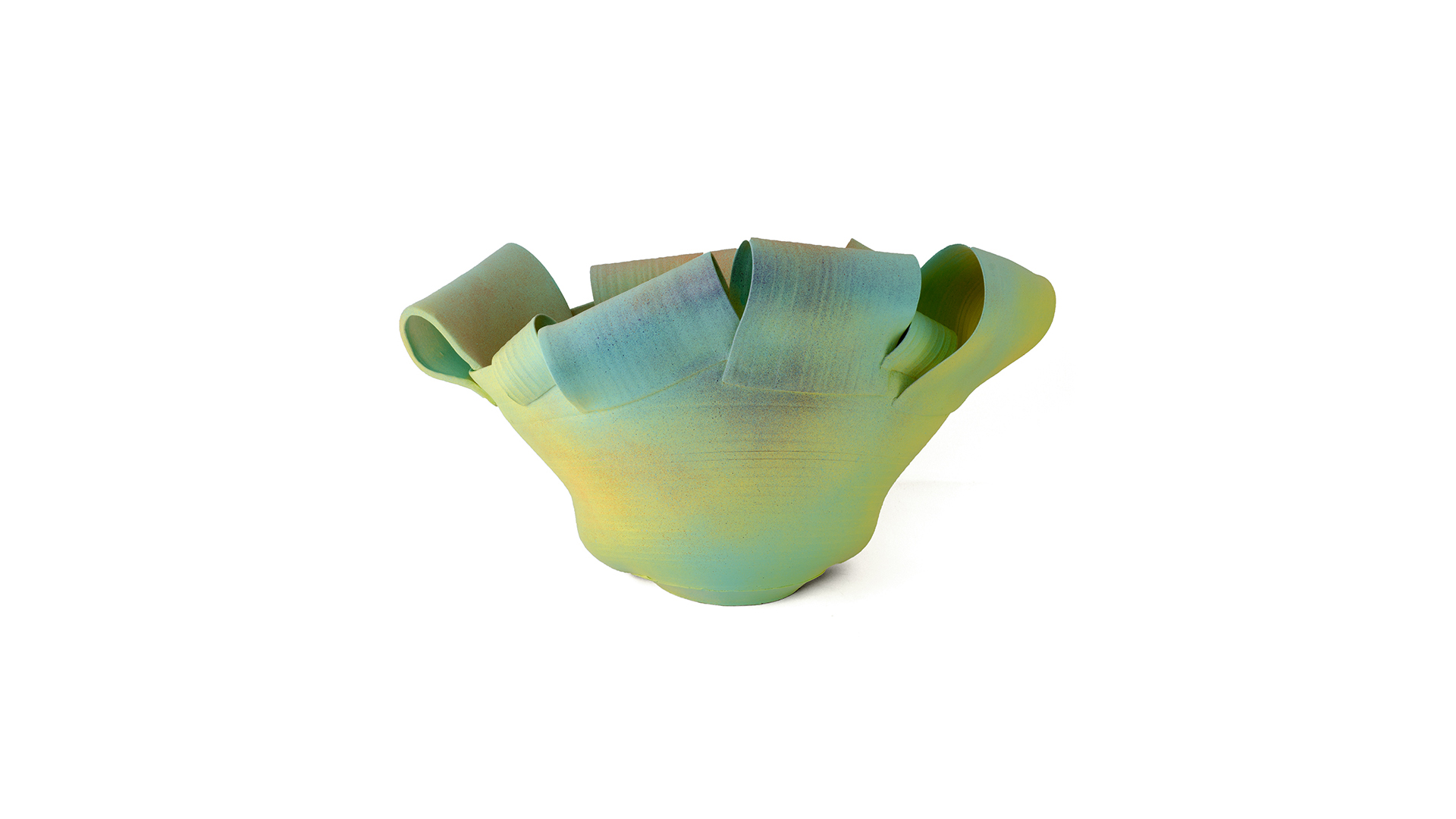 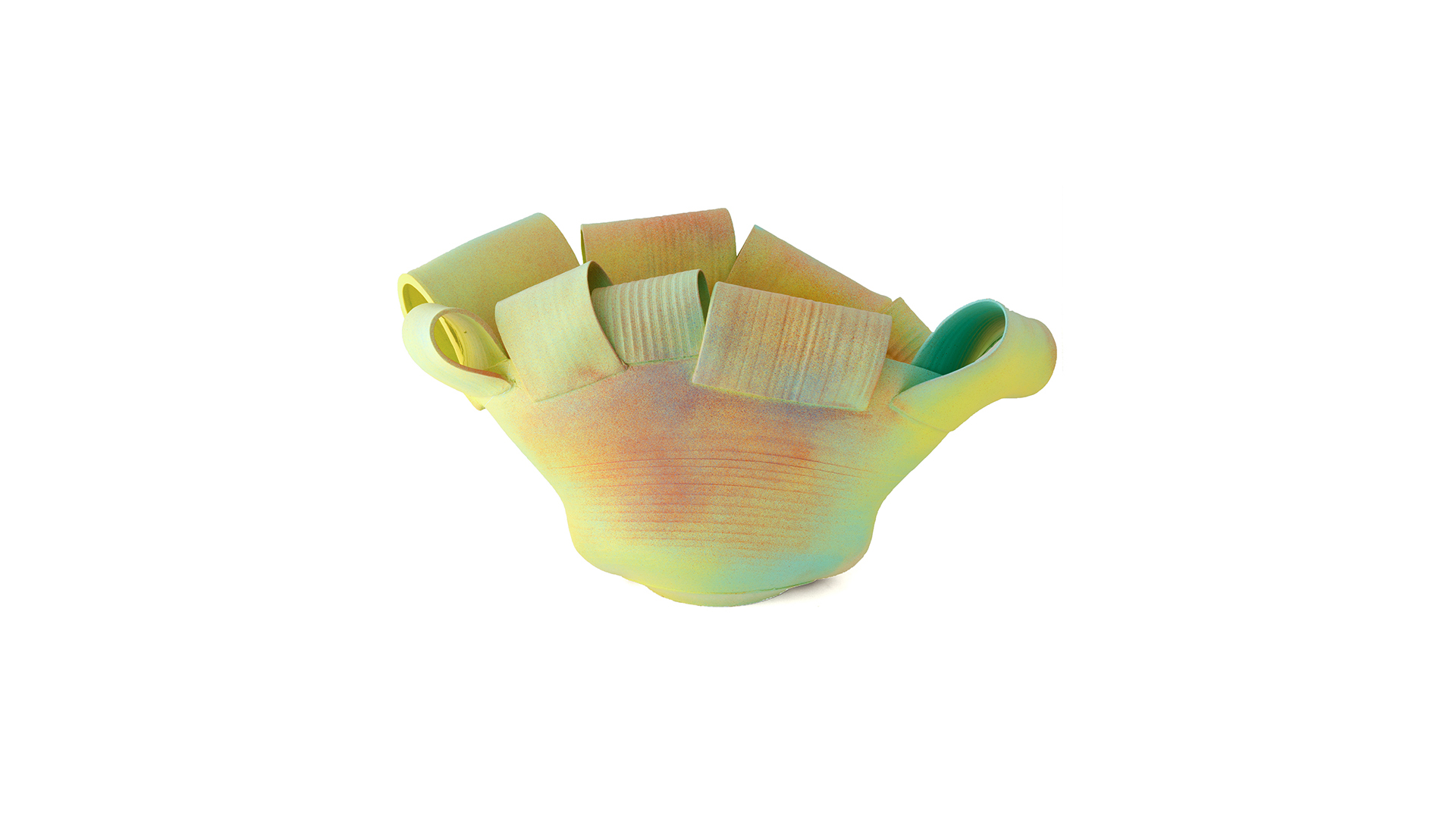 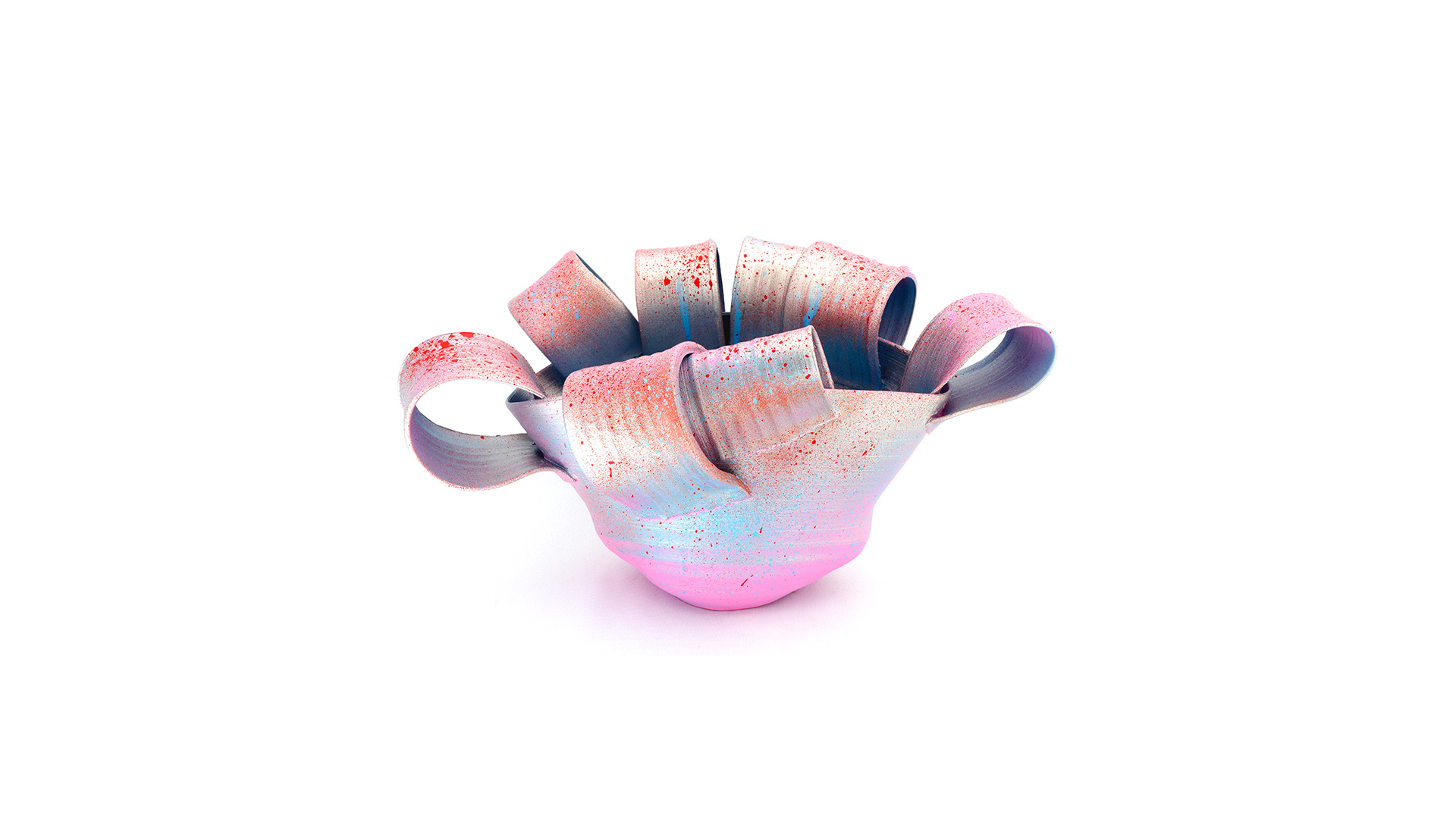 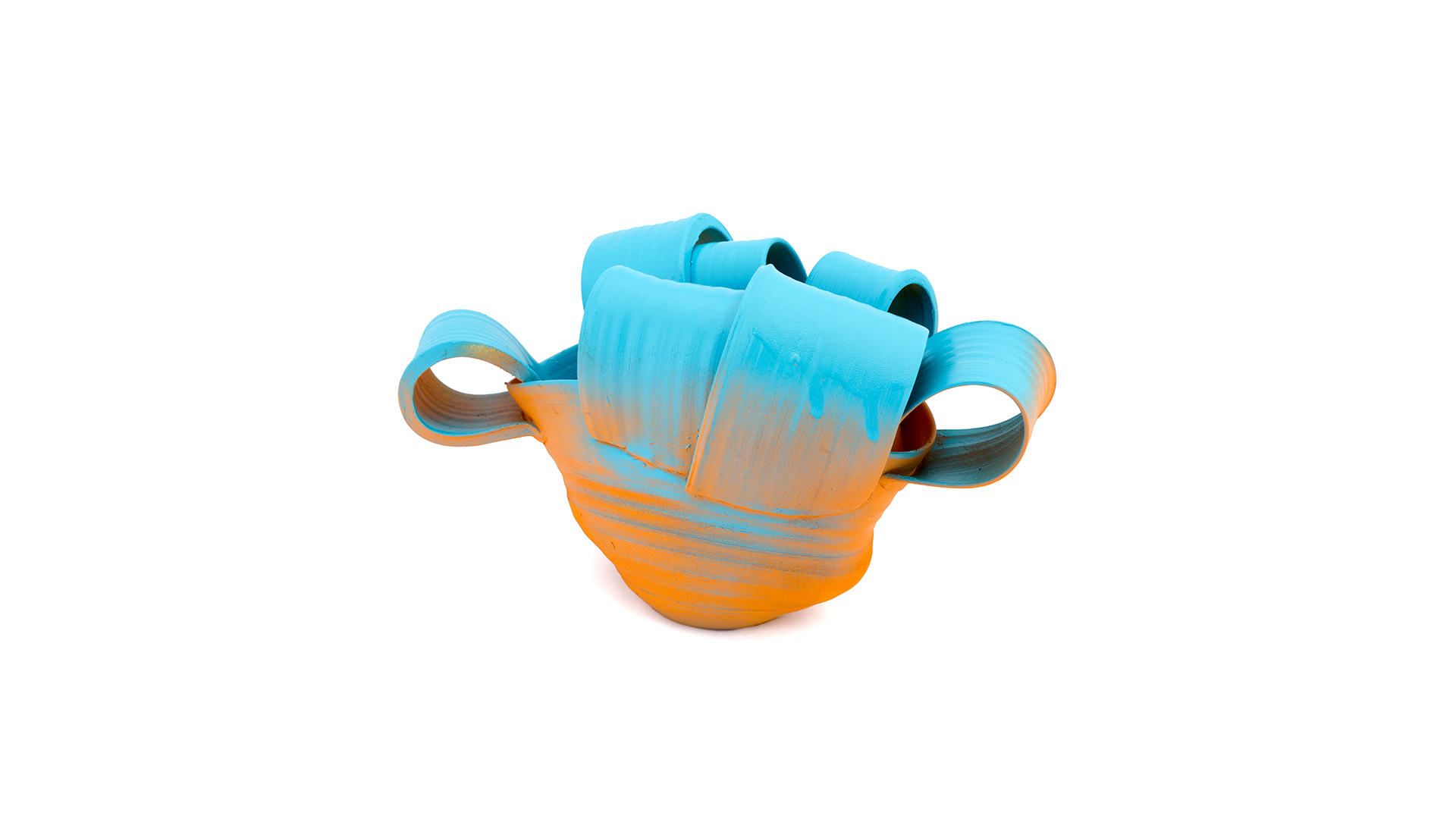 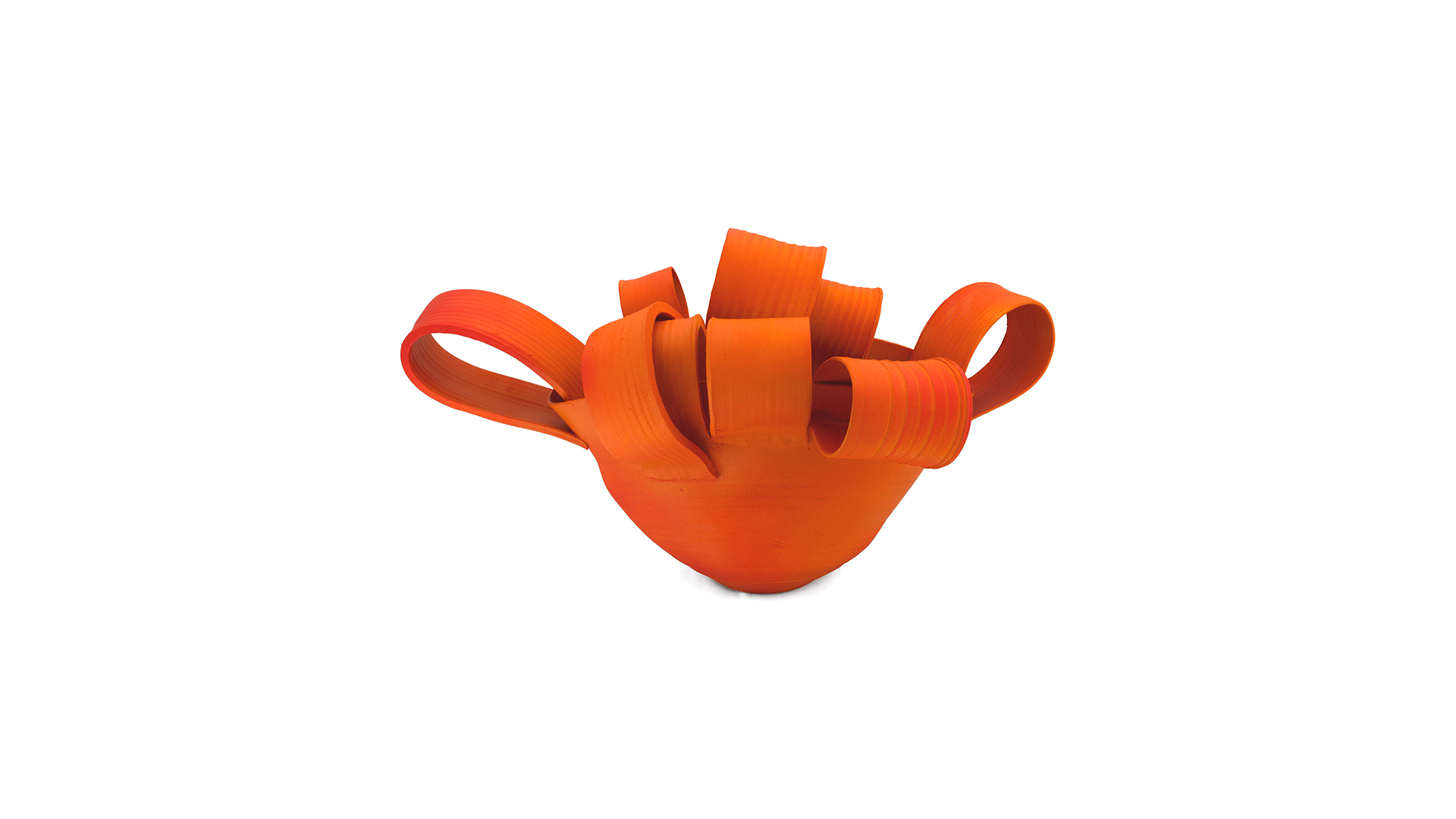 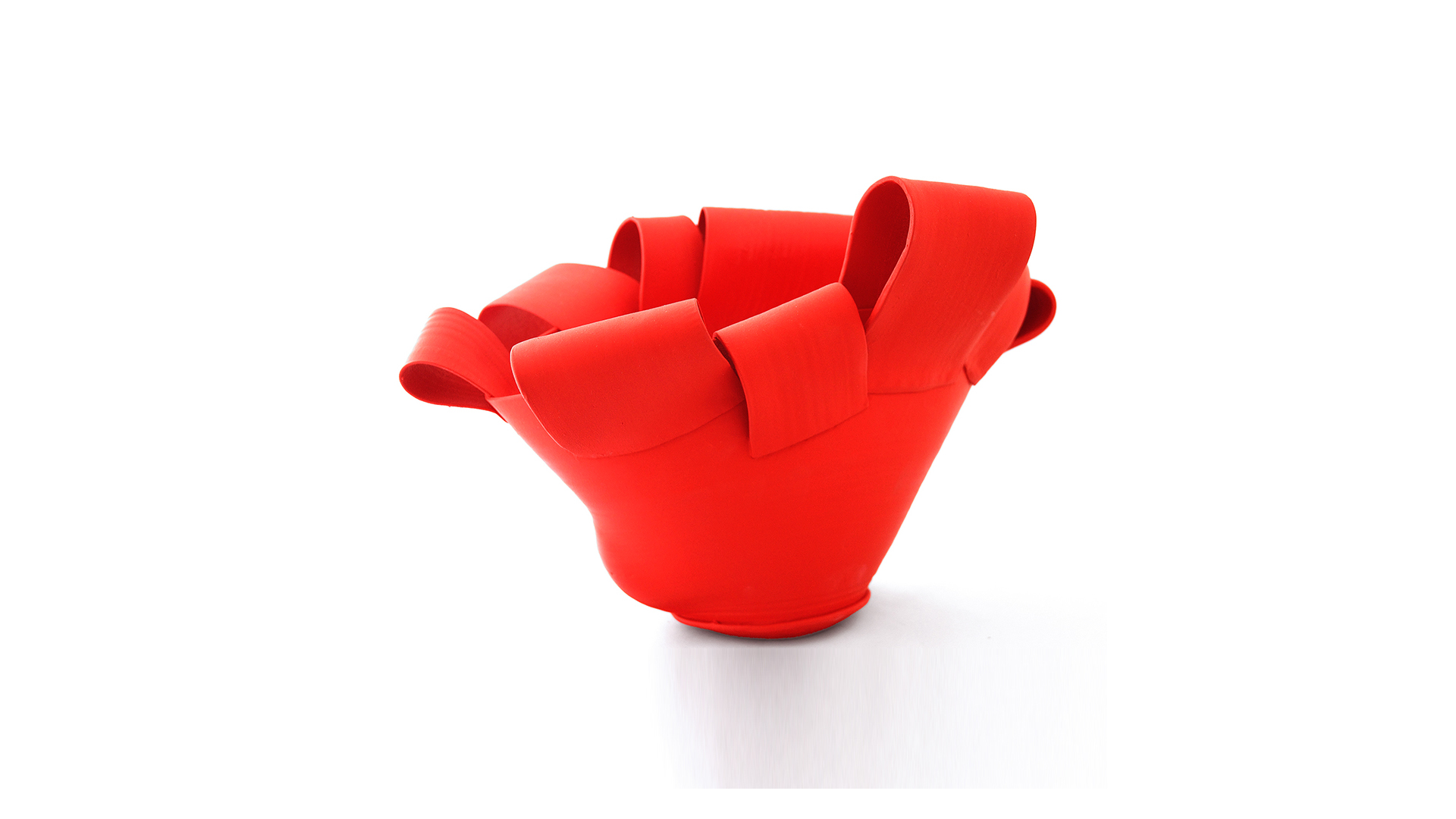 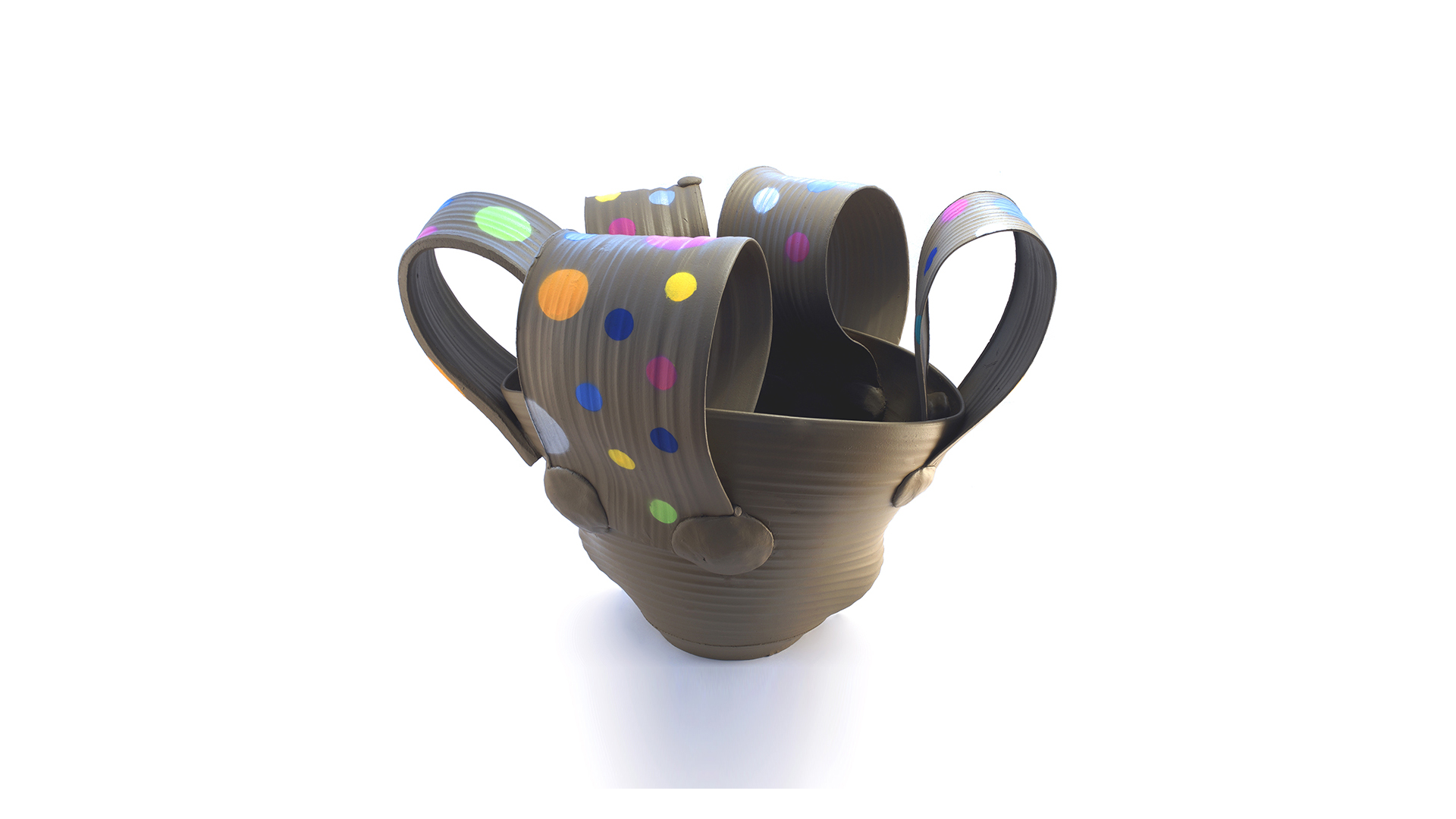 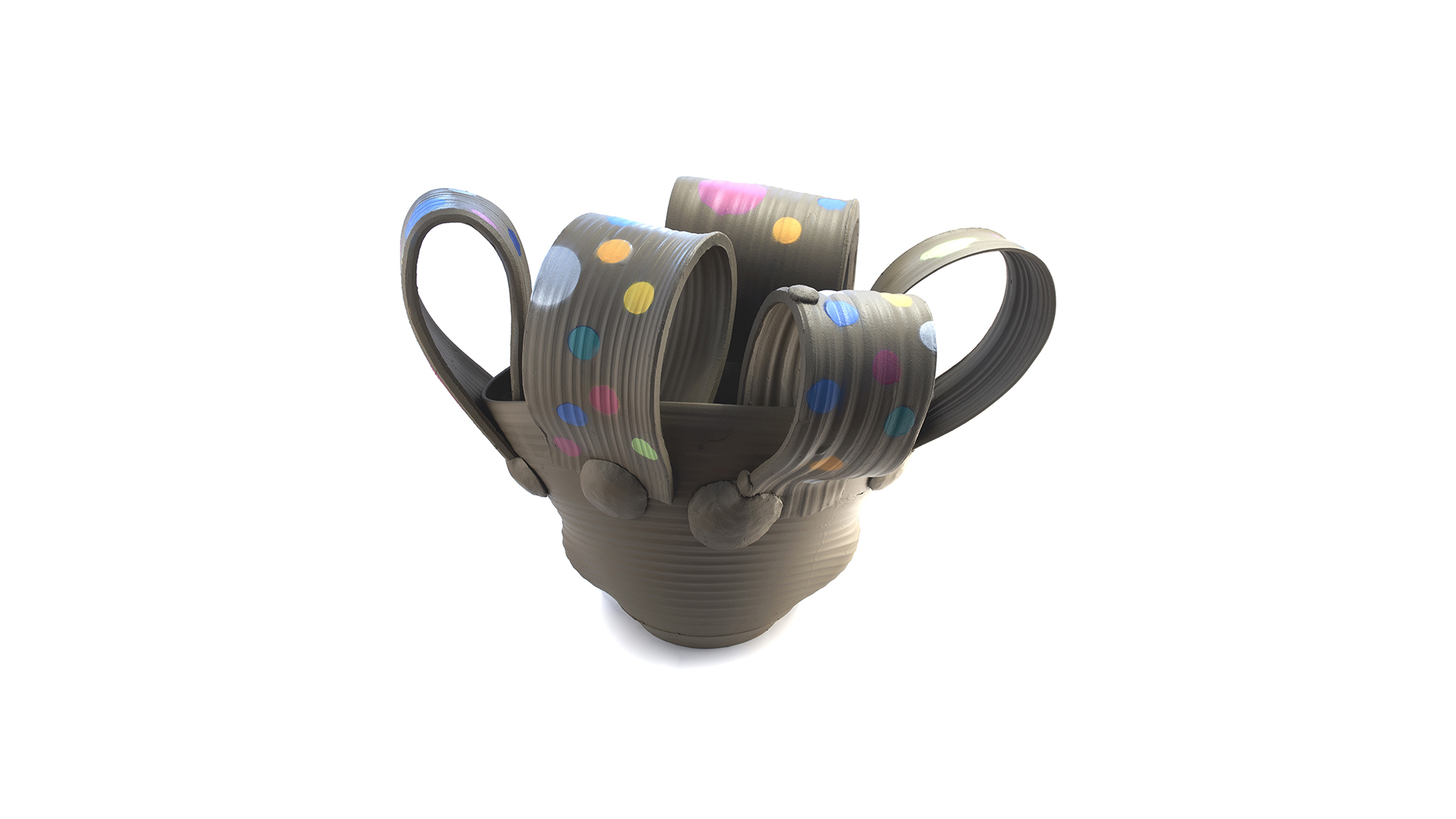 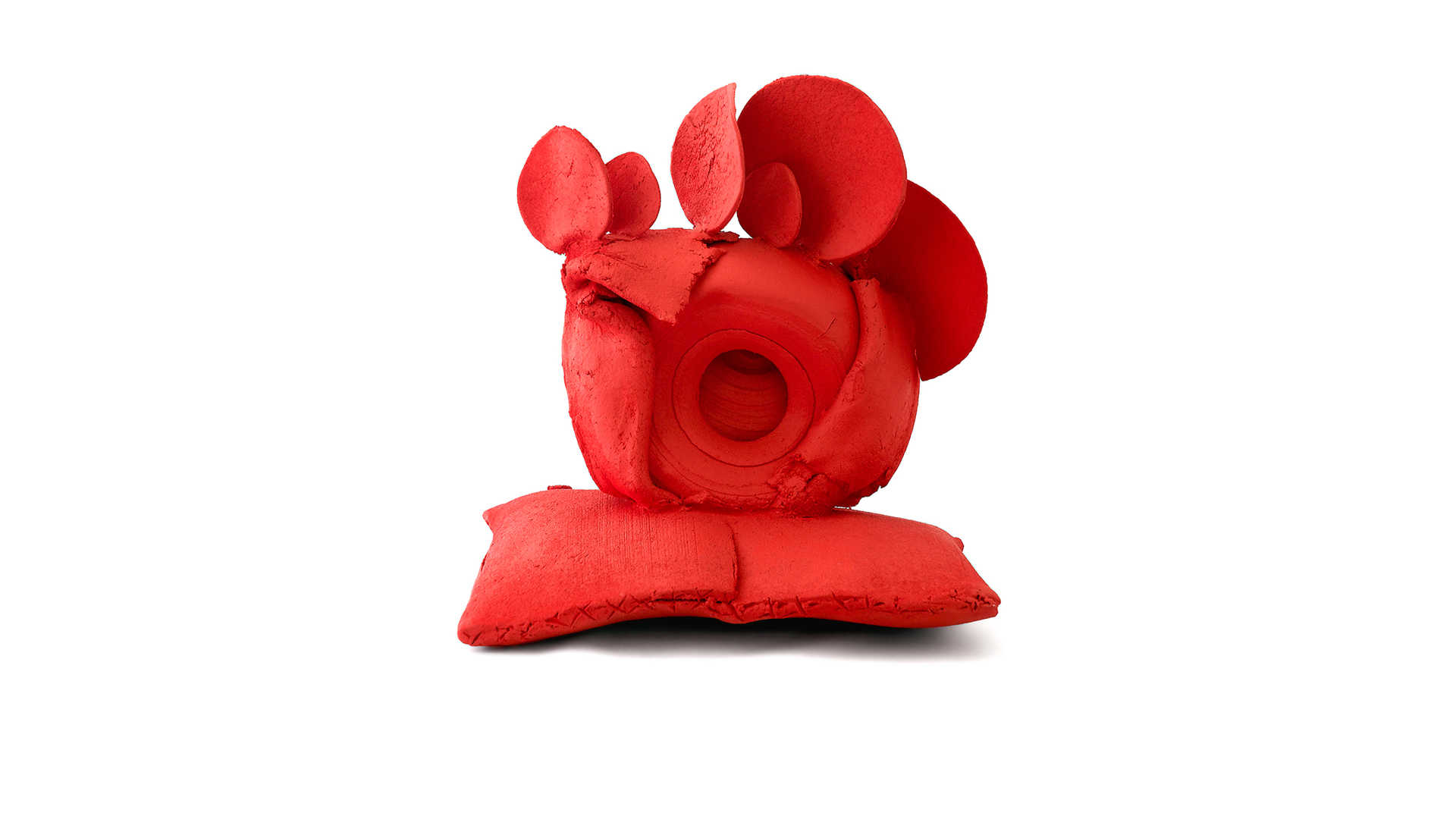 This series projects the history of vessel as a harvest cannon with greater emphasis towards my ceramic journaling, highlighting snippets of flavours, textures, feelings, and experiences. I think clay enjoys pretending to be something that it’s not, be it leather or a hard candy surface. I cannot help feeling that each piece I perform somehow not only looks like its suggestive medium, but also acts and fully admits to carrying the characteristics completely unrelated to ceramics. Much like our Canadian culture, the basket holds many nuances transcending sociopolitical boundaries and time. During a photo session I realized that the camera became as much a part of the final piece as the kiln. Through digital colour and tone manipulations, I began experimenting with colour possibilities and light / shadow placements. This virtual study allowed me to reflect on future forms, allowing them to take on some of the virtual manipulations I had discovered. I immediately began painting my basking forms based on the colour sketches found in the Photoshop-manipulated surface treatments. My colour palate was never the same.